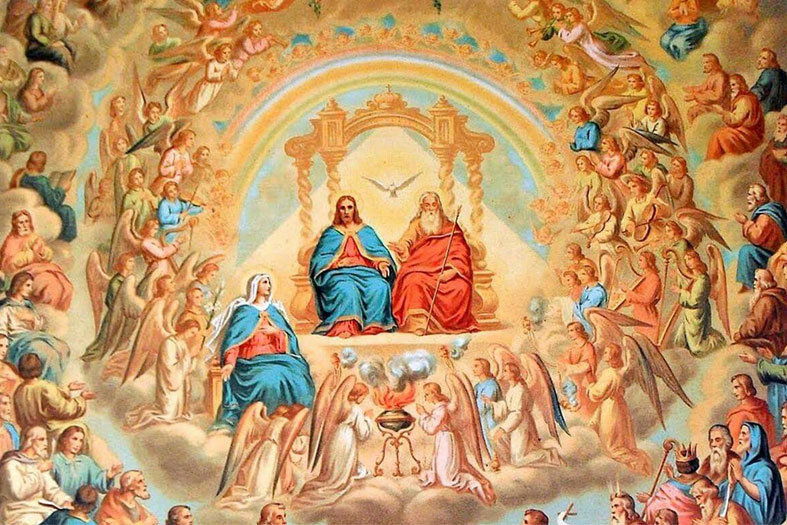 TITLE: AN ACCOUNT OF A SAINT THAT MADE HEAVEN

The Lord revealed how Sister Zenum made heaven in January 2014 to Sister Linda. She had an accident while travelling in a bus from Lagos to Abuja. The bus somersaulted several times and she fell out and crash landed with her head, dying shortly after! She was the only passenger that died in the accident. The Lord explained that He permitted it because her time had been fulfilled. The bus later stopped by the bush and people rushed to the scene to rescue lives.
Sister Zenum’s spirit suddenly rose up from her body and she was amazed that she was now two persons! She looked at her body lying lifelessly and shuddered when she saw her battered face! She was asking, Why am I two? She looked up and saw where people gathered around the damaged bus, helping the survivors. She was speaking to them, but none saw nor heard her! She went back to where her dead body laid on the ground still surprised that she was now two persons.

Suddenly she heard her name twice-Zenum! Zenum! She looked up and saw an angel across the road, so she went to him and was happy that at least someone could see her. She now asked the angel, “Why am I two?” The angel explained to her that she has died, and that the Lord Jesus sent him to bring her home to heaven. She exclaimed in joy, “So I made it! Praise God! So the Lord approved that I should enter heaven! Thank God for Pastor Paul Rika, his messages and counsel”. She then asked the angel about her husband and children? “I have not said goodbye to them?” The angel told her that the Lord had given them peace.

Meanwhile, her body had been deposited in the hospital and her husband had been contacted. The angel took sister Zenum to the hospital and she saw her husband looking sadly at her body. She shouted, Tanko! I am here! I am alive. Don’t be sad. I made it!” But he did not hear nor see them. The angel then said, It is time to go. She waved as the angel flew up with her in dazzling garments!

Thought for the day: Be ready always so that you will not be caught unawares.

Song for the day: Will you be ready when the Lord shall come?