ASK GOD FOR THE ANSWER 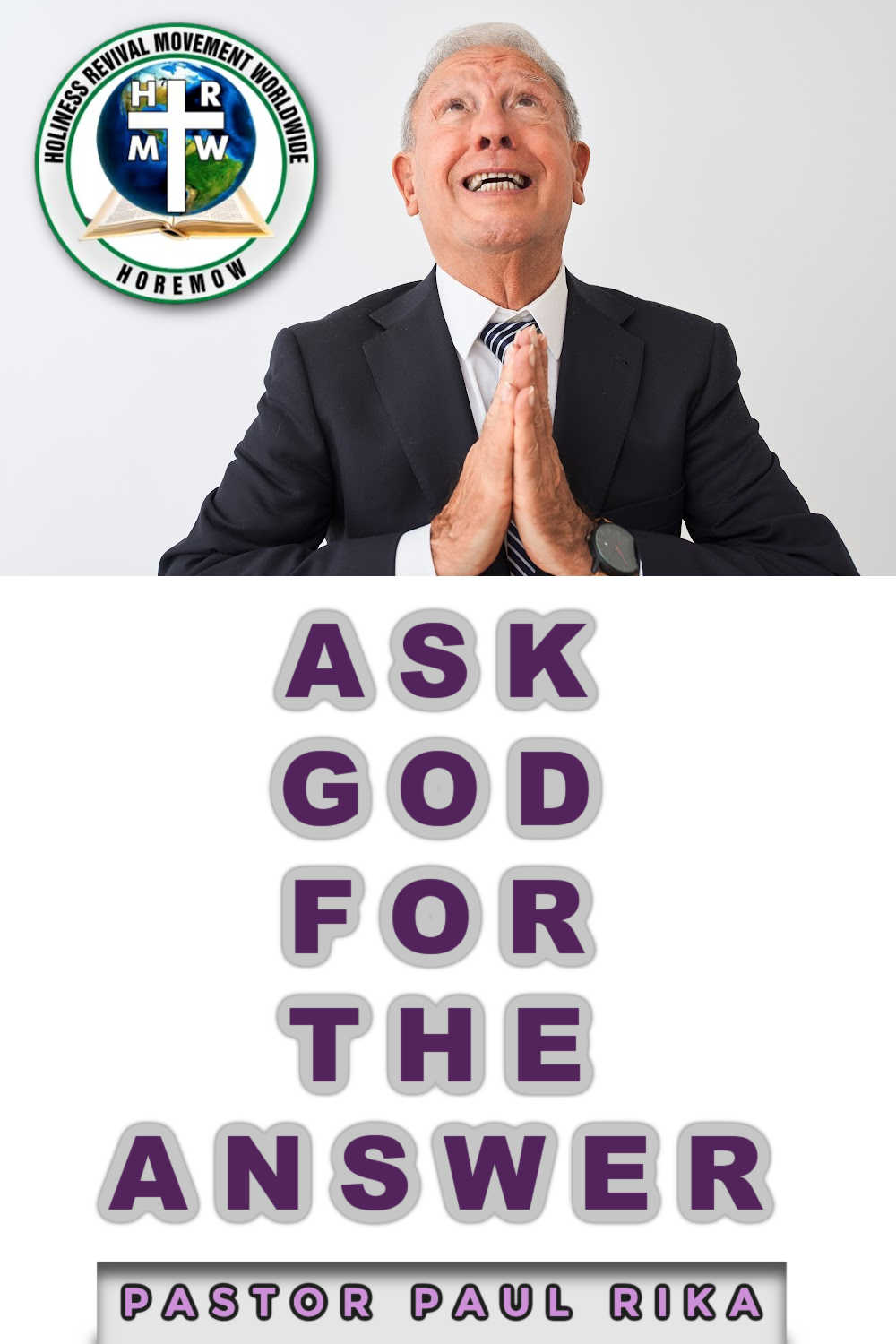 TITLE: ASK GOD FOR THE ANSWER

TEXT: DANIEL 2:1-12 (Please refer to your Bible for scripture reference)

KEY VERSE: PSALM 146:5
Happy is he that hath the God of Jacob for his help, whose hope is in the LORD his God.

King Nebuchadnezzar had dreamt a dream and the dream troubled him. But when he woke up, he had forgotten the dream he dreamt. But as he sensed it, the dream had a great meaning. So, he did not only want to remember the dream, but he also wanted its interpretation. Since it lied beyond him, he wanted manifestation of power; he wanted people operating at higher spiritual levels and specialized in such things to do it for him. He wanted people who could consult with familiar spirits to help him remember the dream and interpret it. So, he called the magicians, the soothsayers, the wise men and the astrologers whose duty it was to carry out such assignment for him.

When he told them the assignment, they told him it could not be done. They made him realize that it was his responsibility to tell them the dream after which they would be able to interpret it. In anger, the king released a decree saying that if they would not tell him the dream and give the interpretation, all of them would be killed and their houses made a dunghill. The people complained that no king has ever done this before, but the king would not back down. He put the decree into effect and his guards began to kill the magicians. Since Daniel, Shadrach, Meshach and Abednego were also part of wise men, the guards also looked for them to be killed.

​When I was reading verse one of this chapter, the Lord ministered to my heart and I was thrilled.  I heard the Lord say, “The King should have asked me for the answer, not any wise man. Let man know that I occupy the realm of the impossibility. I am God. Is there anything too hard for me? When Nebuchadnezzar came across this difficulty, he should have turned to me.” Ask God for the answer! This is God’s instruction and advice to you. Children of God, it is an instruction to you to always ask Him for answers in your difficult times and situations. Not to do so is to fail. Not to do so is even to sin because you have not obeyed divine instruction. The best you can do at the time of difficulty is to ask God for the answer.

THOUGHT FOR THE DAY: God is waiting for your prayer to give an answer to your troubled situation.

BIBLE READING FOR THE DAY: Song of Solomon 1-3; 2 Corinthians 12