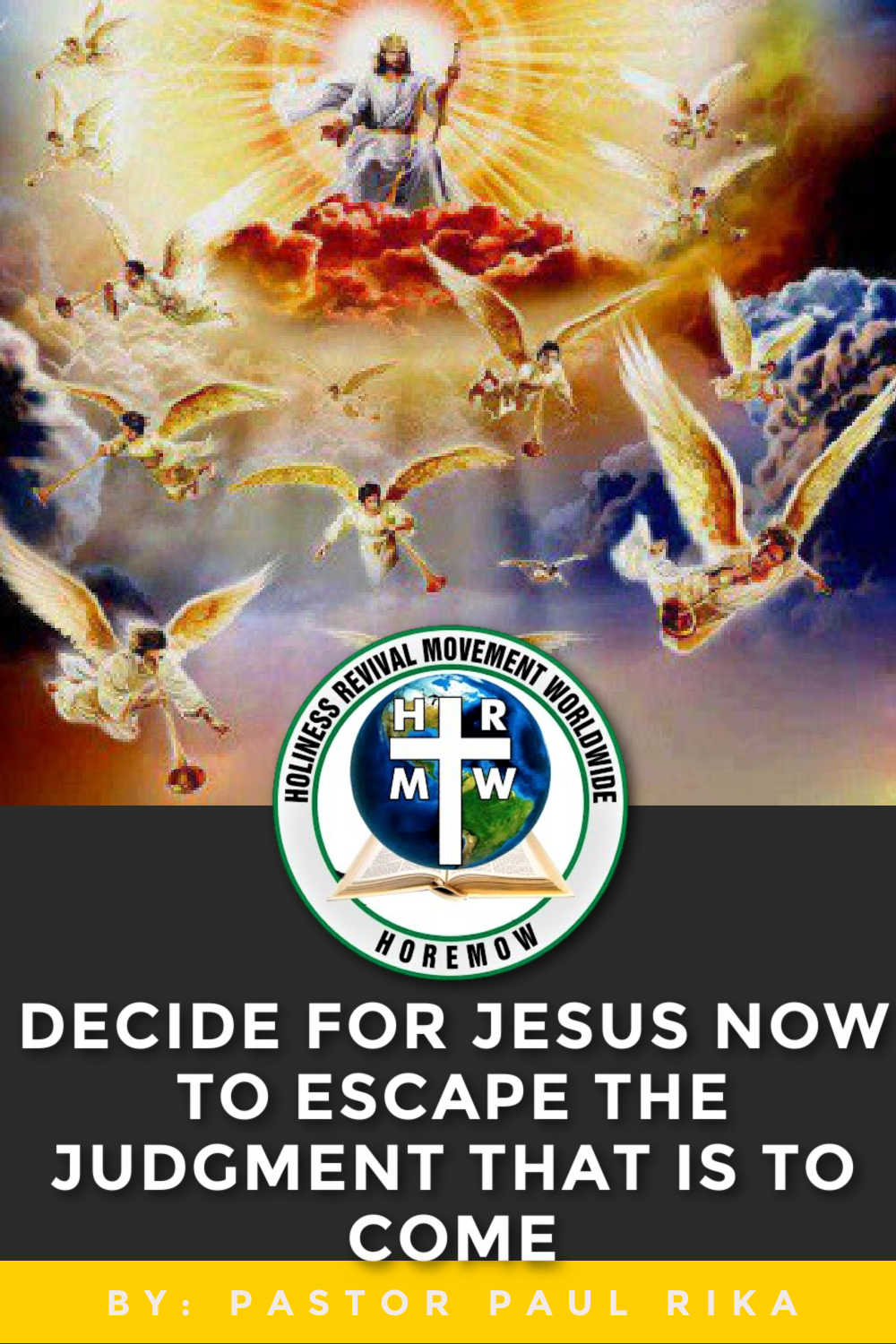 TITLE: DECIDE FOR JESUS NOW TO ESCAPE THE JUDGMENT THAT IS TO COME

TEXT: JOHN 3:18-19 KJV
(18) He that believeth on him is not condemned: but he that believeth not is condemned already, because he hath not believed in the name of the only begotten Son of God.
(19) And this is the condemnation, that light is come into the world, and men loved darkness rather than light, because their deeds were evil.

KEY VERSE: 2 CORINTHIANS 4:3
But if our gospel be hid, it is hid to them that are lost.

Jesus finished His work, left the earth and went back to heaven for about five to six hundred years before the founder of Islam was born. Why can’t human beings reason well, seeing the wide gap? On what basis are the two religions comparable? Why are some people’s hearts so darkened? Are we into religious politics or we are dealing with issues of the eternal soul of men? Are we not dealing with issues of hellfire or heaven for the souls of men? How would one say he does not know the difference between Christianity and Islam or between Jesus and Mohammed? How can he say that we are all serving the same God? How would a man allow such darkness to cover him and ignorance to overtake his life?

Jesus said he that does not believe in Him shall be condemned. They shall be damned to hell. That is the final verdict. You are free to make your choice, you are free to believe whoever you want but the verdict of God your Creator has been released.  You will be damned if you reject Jesus. You will perish in hell for rejecting the true Savior and His word of righteousness.
Perhaps you are holding on to that fake religion in pretence because you do not want to repent of your sins. Probably you hate God and do not want to serve Him, so you went to join a false religion. But know that the judgment is passed already.

He that loves righteousness will come to the light, and Jesus is the light of the world. Jesus is the light of Africa. Jesus is the light of Nigeria, Europe, Arabs, Americans, and Asians. There is no other person. Change your mind, belief in the Lord Jesus Christ and be saved from sin, Satan, death and hellfire. If you want heaven don’t allow the politics of religion to carry you away from the true path. Jesus says, “I am the way, the truth, and the life: no man cometh unto the Father, but by me – John 14:6.” This is the message from God, and the Lord is speaking to you directly. Believe and act on it. Save your brothers and sisters in the other religions. May this truth increase the number of people who are going to enter heaven, in Jesus’ name. Amen.

THOUGHT FOR THE DAY: Share the gospel message today and save a perishing soul.

SONG FOR THE DAY: Soon and very soon, we are going to see the King….