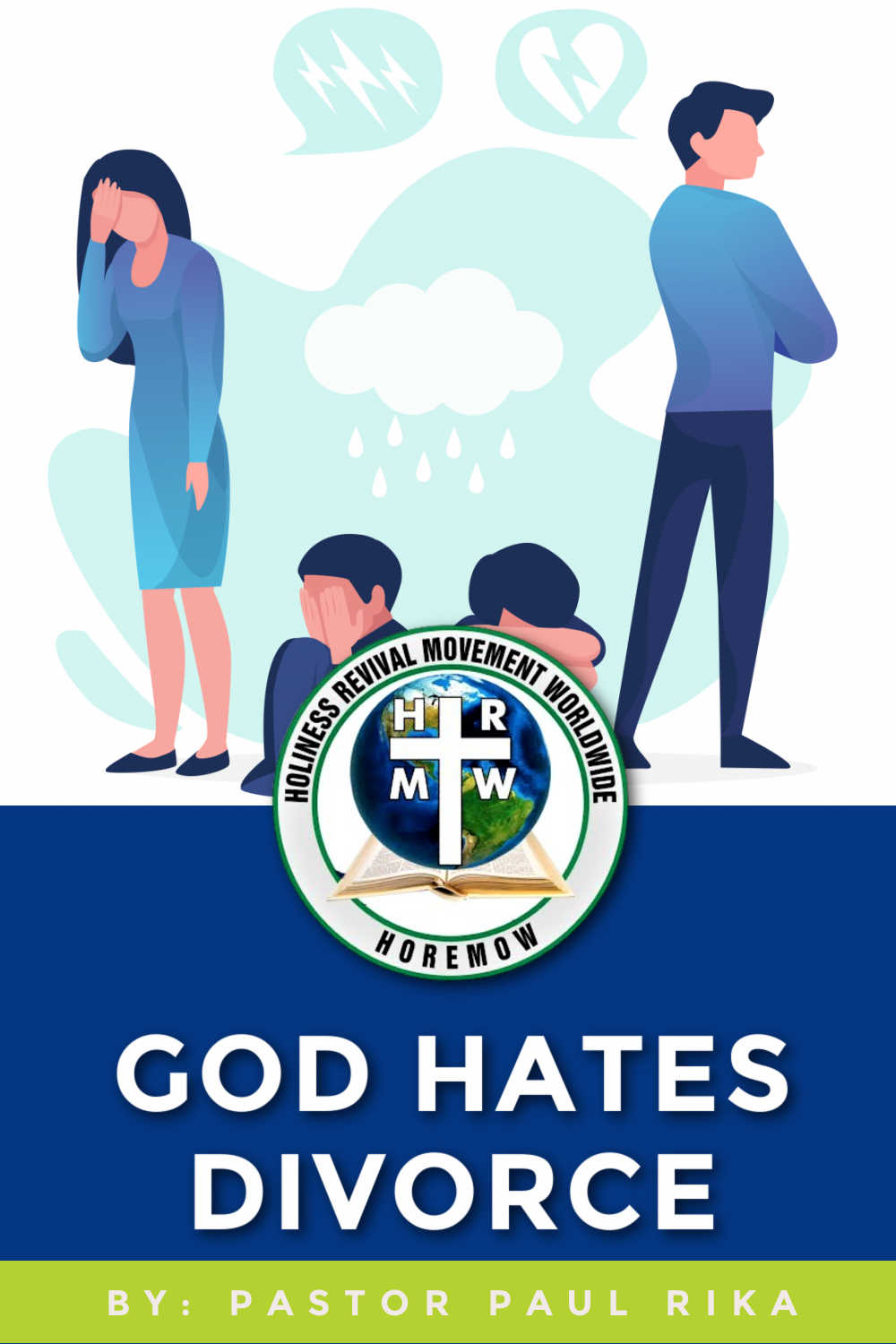 TEXT: Malachi 2:14-16 KJV
14 Yet ye say, Wherefore? Because the Lord hath been witness between thee and the wife of thy youth, against whom thou hast dealt treacherously: yet is she thy companion, and the wife of thy covenant.
15 And did not he make one? Yet had he the residue of the spirit. And wherefore one? That he might seek a godly seed. Therefore take heed to your spirit, and let none deal treacherously against the wife of his youth.
16 For the Lord, the God of Israel, saith that he hateth putting away: for one covereth violence with his garment, saith the Lord of hosts: therefore take heed to your spirit, that ye deal not treacherously.

Key verse:  Matthew 19:6 Wherefore they are no more twain, but one flesh. What therefore God hath joined together, let not man put asunder.

​In today’s devotional text, scripture is saying that the Lord was there when you were promising that woman you would marry her. Remember He is the One that instituted marriage. Anytime a relationship of marriage is kindled, it attracts His attention. He said, “I was a witness when you promised that woman you would marry her. Not only that, you went ahead to fulfil marital obligations over her. I am a witness. I was there!” How much more that you even wedded at the church. Even if nobody else was a witness, God was there! Now that you have married, God is telling you, “Do not deal treacherously.” Do not oppress that woman. Do not put her away. God says, “I hate divorce; I hate putting away!”  Do not do what God hates. After you have promised that lady; after you have married that lady and grown up to this stage, you now want to bring up a story: Eh, I caught her in adultery! Where were you before then? Were you ever there for her? Are you really serving her well? Are you really satisfying her? Even you too, have you not been tempted into adultery? Have you not been lusting after other women in your heart? Do you have the right to cast a stone at her? Can you count the number of sins in your life that God has forgiven? Can you not forgive that woman with the power of God? Therefore, do not deal treacherously with her. Do not put her away.

God is saying. “I made you people one because I do not want wayward children. They cause a lot of problems in society. Children that have no parental care are weapons in the hands of the devil. I hate putting it away. Be warned and give me godly seed. Give me children that fear God. Children that you can train in the way of God.” You are only free of guilt and sin if the woman on her own was stubborn and she moved out by herself. However, that does not mean you are released from the marriage and free to marry another wife because the prodigal woman will come back home one day by the power of the God of heaven. You cannot marry another person; but under that circumstance of separation, you are free of sin. In that wise, it is not you that dealt treacherously with her, for you are guiltless.

Thought for the day: Marriage is for life!

Song for the day: Lord gives us Christian homes, homes where the Bible is…..