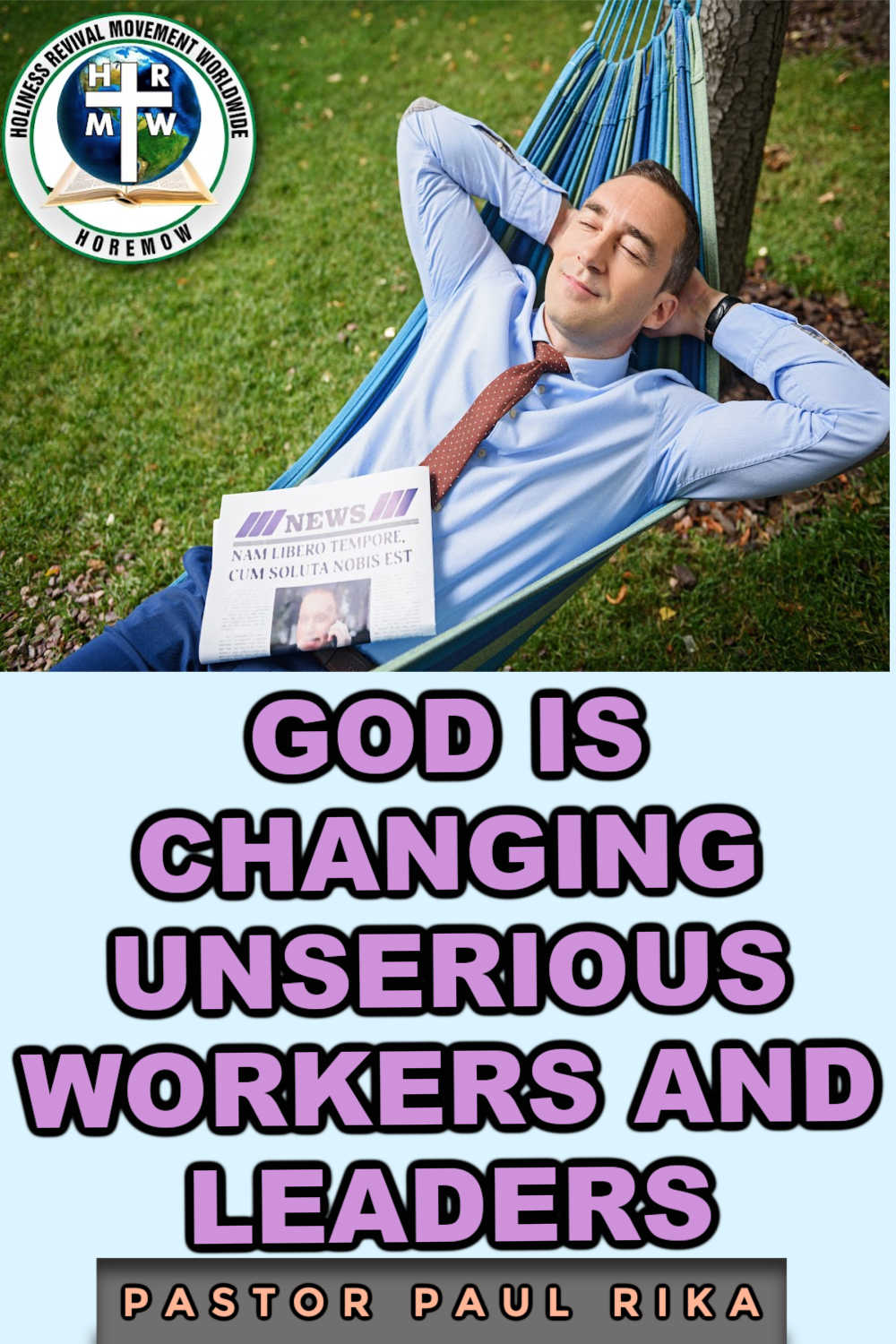 TEXT: LUKE 16: 1-4
(1) And he said also unto his disciples, There was a certain rich man, which had a steward; and the same was accused unto him that he had wasted his goods.
(2) And he called him, and said unto him, How is it that I hear this of thee? give an account of thy stewardship; for thou mayest be no longer steward.
(3) Then the steward said within himself, What shall I do? for my lord taketh away from me the stewardship: I cannot dig; to beg I am ashamed.
(4) I am resolved what to do, that, when I am put out of the stewardship, they may receive me into their houses.

KEY VERSE: PSALM 109:8
Let his days be few; and let another take his office.

Completion of revelation to Brother Ezi Monday:
He asked me to look at the coordinator’s seat. Some of the Coordinators are not serious at all. Some were outside making phone calls or discussing. Some left their Bibles or jotters on their seats and some carried their Bibles and their seats were empty. Only few of them were seated. Also, many of the workers and members were outside and were not serious. The Lord showed me the few newcomers that were invited, seated in the hall. They were sinners, harlots, herbalists, Muslims, fraudsters, thieves, armed robbers and wicked people that came newly to HOREMOW and became converted.

The Lord Jesus pointed to them and said, “Do you see those people? I will use them to replace the unserious Coordinators and workers.” He showed me a group of ushers, different from the normal ushers. They were neither laughing nor smiling but stern-looking. These special ushers started replacing the unserious Coordinators with these converts. They directed them to the seats of the coordinators and as they sat down, they were automatically transformed. God said, “I will replace you since you have refused to repent and be serious with My work. Do you think I am joking with My work?”

Jesus was crying and saying, “There is no time again. I am not joking. Do you think it is Pastor Paul Rika in charge of HOREMOW? I am in control of HOREMOW.”  Now, where Pastor Rika sat quietly in spirit form, he was very sorrowful, but there was nothing he could do. He was crying. Jesus too was crying, “Ah! See My people. They are leaving their seats for other people.” Pastor Rika was crying, “They started with me. See them now.” The special ushers also entered the congregation and were changing people.

THOUGHT FOR THE DAY: The unserious ushers, prayer warriors, choristers, women leaders, chapter and unit leaders are being replaced.

SONG FOR THE DAY: Spirit of the living God, fall afresh on me….