IS IT PERMITTED TO SPEAK IN TONGUES IN CHURCH? 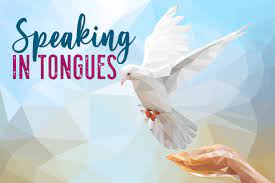 TITLE: IS IT PERMITTED TO SPEAK IN TONGUES IN CHURCH?

KEY VERSE: 1 Corinthians 14:4 “He that speaketh in an unknown tongue edifieth himself; but he that prophesieth edifieth the church.”

Many churches that claim to perform miracles, signs and wonders have little or no regard for righteousness and holiness of God, neither are they interested in diligent obedience of the commandments of Scriptures. The frequent speaking in tongues publicly carried out in such assemblies may not be inspired by the Holy Spirit. What they impart to their congregations that results in sudden outbursts of speaking in tongues by practically all members may not be of God.

For true believers that have been genuinely baptized with the Holy Ghost it is not a sin to speak in tongues because it is a God-given language of edification. In your personal prayers speak as much as the Lord gives you power to speak. Pray in tongues and sing in tongues. But while in the church, wisdom is profitable to direct. Apostle Paul was inspired to instruct that if in church messages in tongues should be delivered with the interpretation so that others will be edified, but where there is no interpretation, there should be control. Generally in a congregation there are new comers and if they see these uncontrolled outbursts in tongues they may not understand what is going on. They may even say you are mad. Therefore, control yourself and avoid drawing attention to yourself so you will not be a disturbance or distraction to others.

That is why preachers in HOREMOW do not make a show of speaking in tongues publicly on the pulpit, but speaking in tongues go on privately and individually though it may seem not to be going on to some people. During night vigils, some ignorant or hypocritical pastors mount loud speakers all round them in the night and they disturb the neighbourhood by their nuisance. Will such actions attract neighbours and Moslems to that place? Will they not rather mock you and abuse the doctrine of Christ? Not everyone is baptized in the Holy Ghost. It is improper to shame those that are not baptized in the Holy Ghost if all are to rise up and pray aloud in tongues. This tempts them to speak strange tongues or copy others to avoid shame.

Thought for the day: Do not make a show of speaking in tongues publicly

Song for the day: What the Lord has done for me, I cannot tell it all……