LET THE FIRE OF REVIVAL KEEP BURNING AND NOT DIE 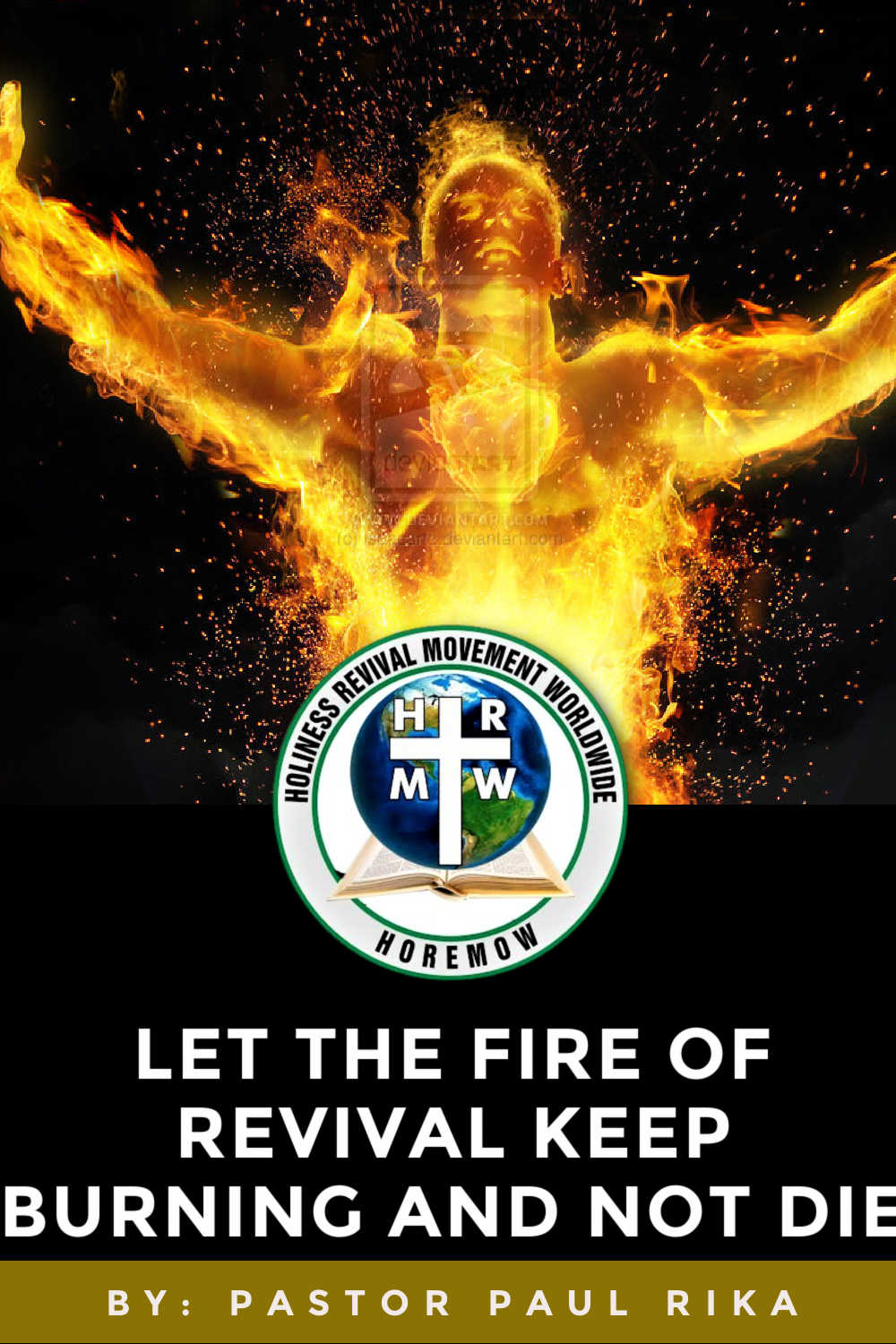 TITLE: LET THE FIRE OF REVIVAL KEEP BURNING AND NOT DIE

TEXT: JOEL 2: 28-30 KJV
(28) And it shall come to pass afterward, that I will pour out my spirit upon all flesh; and your sons and your daughters shall prophesy, your old men shall dream dreams, your young men shall see visions:
(29) And also upon the servants and upon the handmaids in those days will I pour out my spirit.
(30) And I will shew wonders in the heavens and in the earth, blood, and fire, and pillars of smoke.

KEY VERSE: JOEL 2:29
And also upon the servants and upon the handmaids in those days will I pour out my spirit.

It was a historic revival in Los Angeles, California, led by William Seymour. The revival began in April 1906 and continued until 1915. On the night of April 9, 1906, Seymour and seven men were waiting on God, “when suddenly, as though hit by lightning, they were knocked from their chairs to the floor,” and the other seven men began to speak in tongues and shout loud praises to God.

The news quickly spread; the city was stirred; crowds gathered; and a few days later, Seymour himself received the Holy Spirit; services were moved outside to accommodate the crowds who came from all around; people fell down under the power of God as they approached; people were baptized in the Holy Spirit and the sick were healed and sinners received salvation. To further accommodate the crowds, a building at 312 Azusa Street was secured. In this humble Azusa Street mission, a continuous three-year revival occurred and became known around the world. The revival produced spiritual experiences with testimonies of physical healing miracles, worship services, and speaking in tongues.

News of the events quickly circulated among the residents of the city, and for several nights, various speakers would preach to the crowds of curious and interested onlookers from the front porch of the Asberry home. Members of the audience included people from a broad spectrum of income levels and religious backgrounds. Soon the crowds became very large and were full of people speaking in tongues, shouting, singing and moaning.

By 1913, the revival at Azusa Street had lost momentum, and most of the media attention and crowds had left by 1915. Seymour remained there with his wife, Jennie, for the rest of their lives as pastors of the small African American congregation, though he often made short trips to help establish other smaller revivals later in life.

THOUGHT FOR THE DAY: The revival produced spiritual experiences with testimonies of healing, miracles, worship services, and speaking in tongues.

SONG FOR THE DAY: Revival, Pentecostal revival (3x), We need the revival….