MERCY FOR THE REPENTANT SINNER 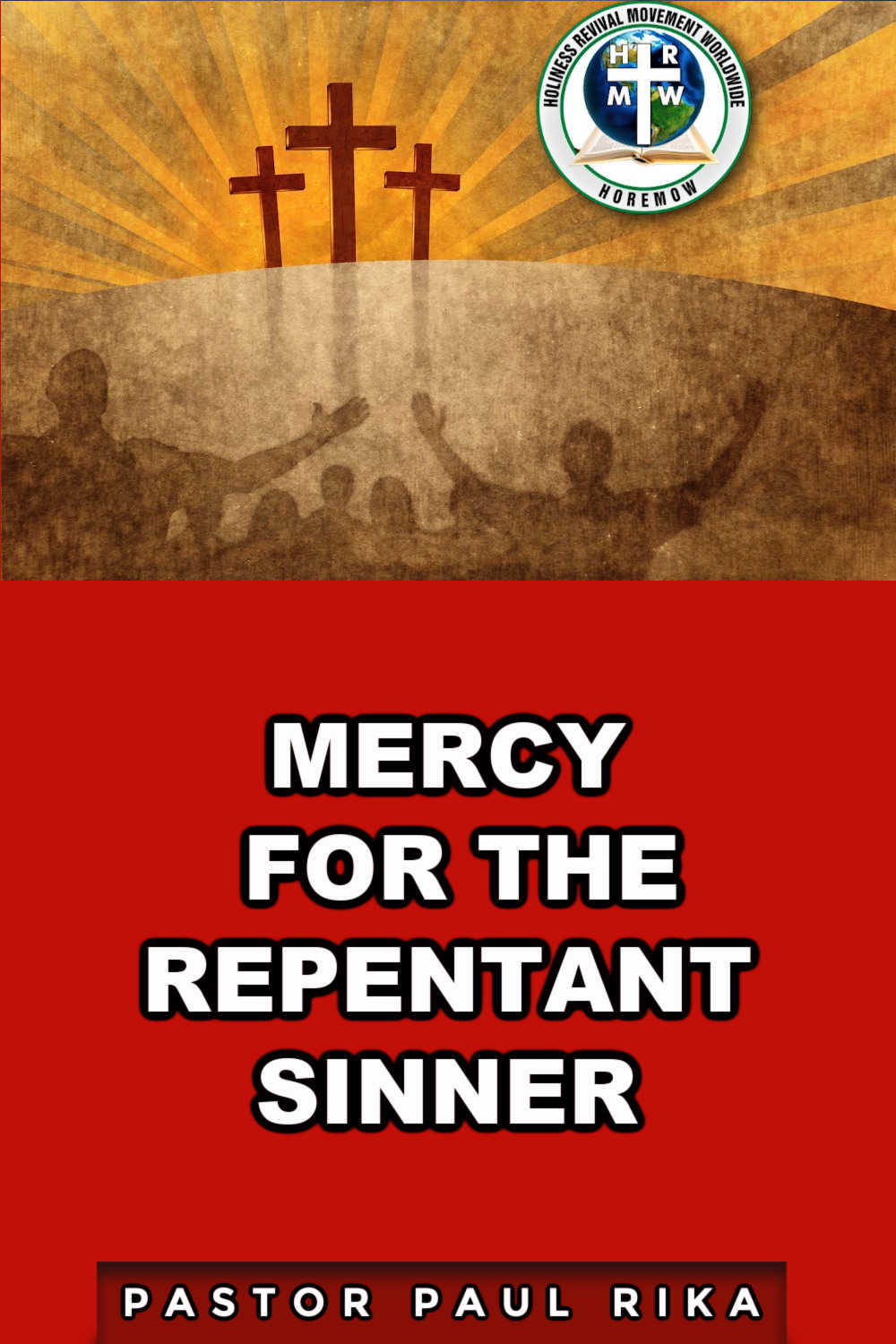 TITLE: MERCY FOR THE REPENTANT SINNER

TEXT:  LUKE 15:11-32 (Please refer to your Bible for scripture reference)
KEY VERSE: LUKE 15:24
For this my son was dead, and is alive again; he was lost, and is found. And they began to merry.
​The parable of the prodigal son was given by Jesus to illustrate the following:
·        The magnetic pull the world has on the believers.
·        The miserable life of a backslider.
·        The great mercies that God has for sinners.
·        The great joy in God’s kingdom over a restored soul.
·        The critical attitude of some people over a restored soul.
·        The right attitude to display when a soul is restored.
The prodigal son is an example of a believer in Christ Kingdom who has yielded to the temptation of the devil, the enticement of sin, and the desires of the flesh. The observable traits in such believers include self-will, selfishness, sensuality, spiritual destitution, self-abasement and spiritual starvation. The following ways will help you to be restored back to salvation and joy of the Lord: realization of your backslidden state, resolution to make your way right with God, repentance from sin, and a conscious return to the father in reconciliation. God will joyfully receive you.
The elder son did not see the return of his younger one as the father saw it. Instead of being joyful, he was rather critical, bitter and angry. The father had to entreat him and give him the correct understanding he should have towards the return of his younger brother. We note the following in the elder brother: (1) Inquiry; he made inquiry. (2) Ingratitude; he was ungrateful at the return of his brother. (3) Injustice; he accused his father of injustice. (4) Insensitivity; he was insensitive to spiritual things. (5) Ignorance; he was ignorant of the riches he had. (6) Instruction; the father instructed him on the right thing to do. (7) Identification; he was to identify with the father in his joy.

​ THOUGHT FOR THE DAY: Avoid the carnal attitude of the elder brother and have the compassionate heart of God our Father towards restored souls.
​
SONG FOR THE DAY: Mercy Oh Lord (2x) … Father show me Your mercy