PROPHECIES FROM THE AZUSA STREET REVIVAL 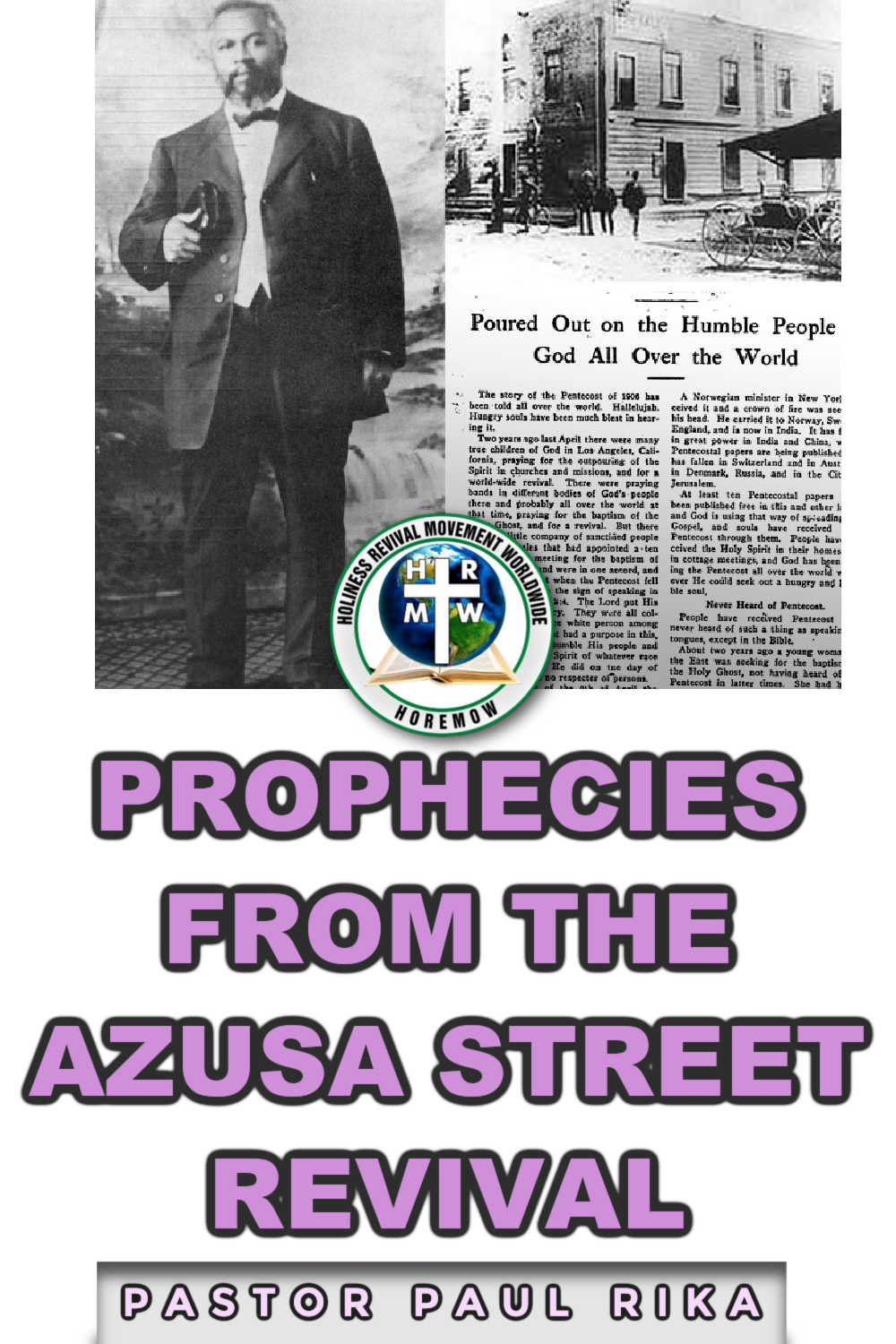 TEXT: ACTS 15: 14-18
(14) Simeon hath declared how God at the first did visit the Gentiles, to take out of them a people for his name.
(15) And to this agree the words of the prophets; as it is written,
(16) After this I will return, and will build again the tabernacle of David, which is fallen down; and I will build again the ruins thereof, and I will set it up:
(17) That the residue of men might seek after the Lord, and all the Gentiles, upon whom my name is called, saith the Lord, who doeth all these things.
(18) Known unto God are all his works from the beginning of the world.

KEY VERSE: ACTS 15: 18
Known unto God are all his works from the beginning of the world.

Among those attracted to the revival were not only members of the Holiness Movement, but also Baptists, Presbyterians and others.  They had reports of the blind having their sight restored, diseases cured instantly, and immigrants speaking in German, Yiddish, and Spanish all being spoken to in their native language by uneducated black members, who translated the languages into English by “supernatural ability.”

There were spontaneous preaching and altar calls for salvation, sanctification and baptism of the Holy Spirit. The members of the mission never took an offering, but there was a receptacle near the door for anyone who wanted to support the revival. The core membership of the Azusa Street Mission was never more than 50–60 individuals, with hundreds if not thousands of people visiting or staying temporarily over the years. Thousands of individuals visited the mission in order to witness it firsthand. At the same time, thousands of people were leaving Azusa Street with intentions of evangelizing abroad. Other visitors left the revival to become missionaries in remote areas all over the world. So many missionaries went out from Azusa that within two years the movement had spread to over fifty nations.

When the Revival began to wind down about the year 1910, there were some prophecies from Azusa Street of things that will happen to the Pentecostal Movement. They predicted the apostasy of the Pentecostal movement and the falling away of those who once believed: the overemphasis on power, instead of righteousness; an over-emphasis on praise to a God they no longer pray to; an over-emphasis on the gifts of the Spirit, instead of the lordship of Jesus Christ.

In 1910, William Seymour stood up and said “100 years from now, there will come a revival that will make this one look pale in comparison.”

THOUGHT FOR THE DAY: The Lord raised HOREMOW 100 years later in 2009 as prophesied for the final revival of holiness before His return.

SONG FOR THE DAY: Jesus is Alpha, He is Alpha and Omega