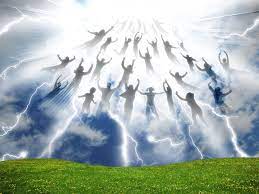 KEY VERSE: Psalm 102: 20; Revelation 11:2, ‘But the court which is without the temple leave out, and measure it not; for it is given unto the Gentiles: and the holy city shall they tread under foot forty and two months.’

Jerusalem has been reclaimed by the Jews and restored as the capital city of Israel. Next is the building of the third temple of the God of Israel. The first temple built by Solomon was razed down by the Babylonians and the second temple built by Herod was destroyed by the Romans. They are endeavoring to build that temple now.
This is of eschatological importance for several reasons. The Antichrist will enter the Temple midway into the Great Tribulation period and proclaim himself as god to the astonishment of the Jews who hitherto had supported him. The Jews rejection will trigger off unprecedented onslaught termed time of Jacob’s trouble, aimed at exterminating them over a period of forty-two months or three and half years culminating at the battle of Armageddon.

They will build the temple and restore the worship of God through mosaic ordinances of offering daily sacrifices in that temple. Note that all the stringent requirements of their law have been diligently followed especially carefully breeding a red heifer needed for consecration of the priests for their duties. They have provided the priestly garments and vessels to be used and gone as far as training certified DNA tested descendants of Aaron the high priest to perform the temple duties.
The Messiah is coming first for the saints at the Rapture before He returns seven years later at the battle of Armageddon. The rebuilding of the temple is a sign to the world that this generation shall not pass until this sign is fulfilled. “There shall be some standing here who shall not taste of death until these things shall come to pass”.

Thought for the day: Building of the third temple shows Christ’s soon return