THE CORRUPT INFLUENCE OF MUSIC AND TELEVISION ON CHILDREN 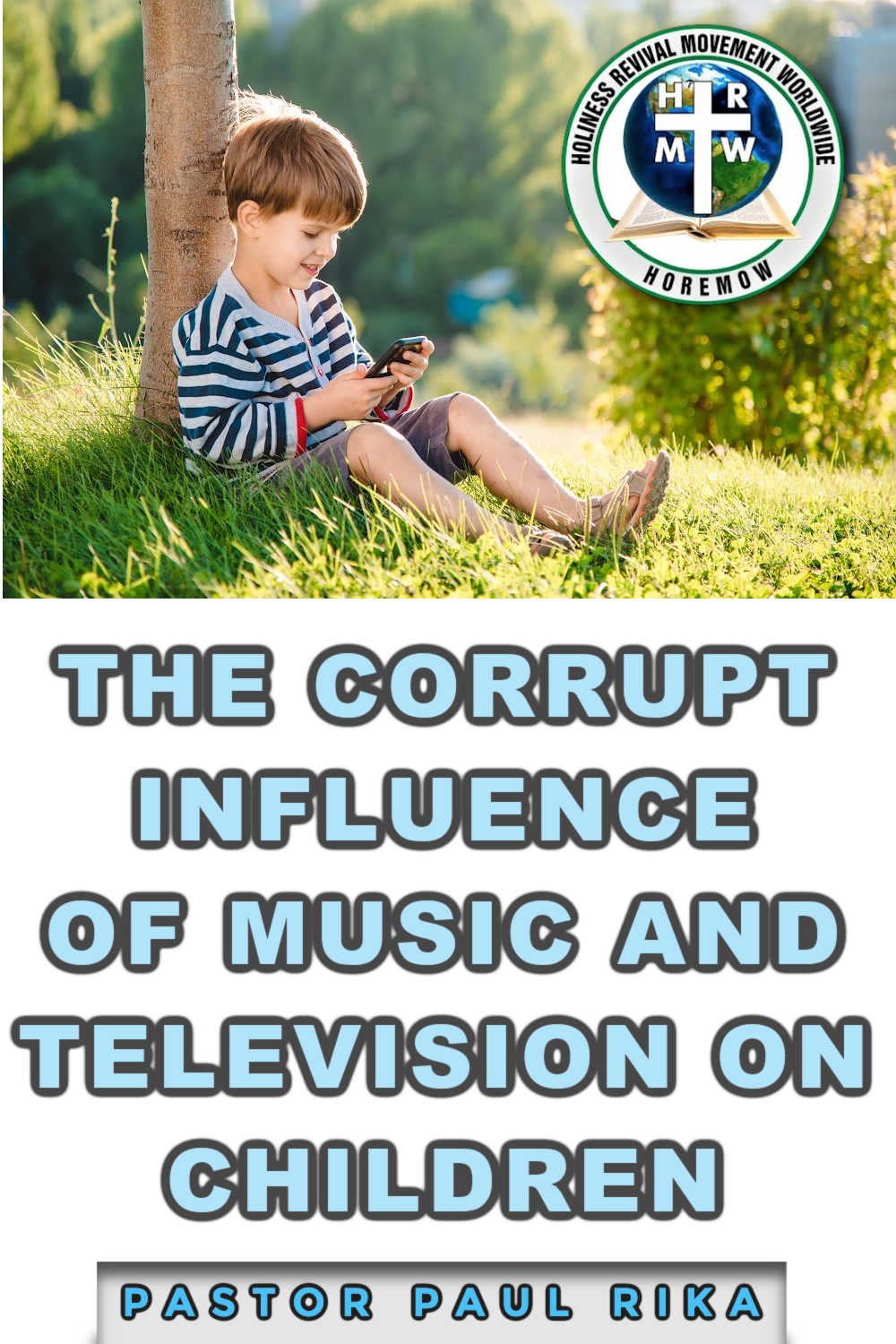 TITLE: THE CORRUPT INFLUENCE OF MUSIC AND TELEVISION ON CHILDREN

KEY VERSE: PSALM 101:3
I will set no wicked thing before mine eyes: I hate the work of them that turn aside; it shall not cleave to me.

Music! The devil has gotten hold of the music. Music is the most appealing thing to the flesh. It makes people dance, sing rough words and speak slang. The music of our day goes with pornography. The musicians bring naked women and actual acts of immorality into the music.  The people singing and dancing in contemporary music are stars. They train your daughter to stand in her underwear.

​She watches it, so fear and shame are no more there. They teach her harlotry right in her father’s house through music and, of course, they are making a name. She wants to make a name too. They are paying them much for such nakedness. She needs the money too. She has gotten a friend who told her how much she made and has bought a car with it. Music and dancing! A great force against children!

Television has become a nanny. It has taken over the family. Parents tell their children, “Stop crying”. Watch! The child really will not bother about eating food. In these days of work, work, work, they set a television in front of the child and go out to labour for money. They tell the child, “here are your favourite stations; go ahead, watch, until I come back.” That is a school the child is going through in the house. He is watching and the world and Satan are ready to train him. When you return, he begins to say, “Chu! Cho! Chu!”  You say, “What is happening?” He has learnt it and he is practising it!

When children, a boy and a girl who are brother and sister, have watched pornography, no matter how short the scene is, they will want to practice it. They will say, “The man did like this and the woman opened like this.” Before you know it, they will do like that and open like that right in your house. It has happened several times before and it is still happening. I heard of a boy that killed one of his brothers or so with a knife, after watching Kung Fu fighting where they used knives to fight. Chu! Chu! Chu! So he carried a knife and “Chu” on his sibling. Television! What a corrupt thing; bringing the wickedness of the world to your house, and making Satan in charge of your house. Maybe you watched along with them too, and you were laughing while it is sinking into them. They do not have self-control like you. They don’t forget what they learnt easily. They will put it to practice.

THOUGHT FOR THE DAY: Not everything that looks harmless is harmless. Beware!