THE CRY OF THE DAMNED SOULS IN HELL (PART 1) 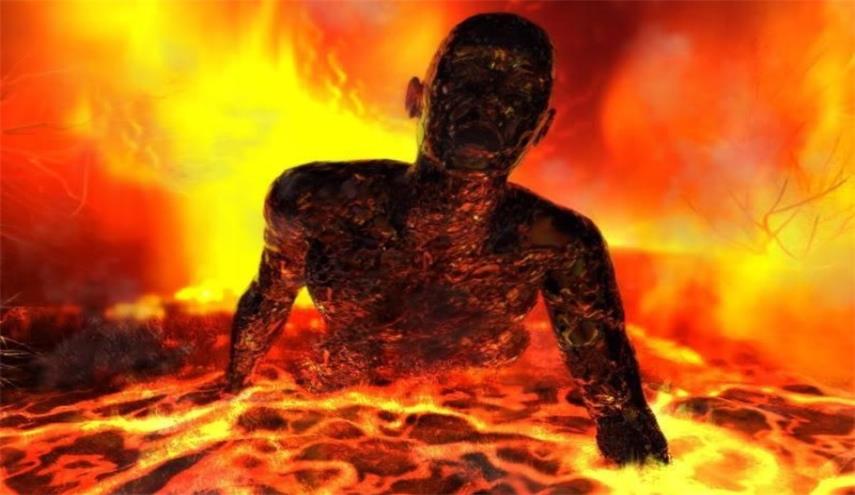 TITLE: THE CRY OF THE DAMNED SOULS IN HELL (PART 1)

KEY VERSE: “Therefore hell hath enlarged herself, and opened her mouth without measure: and their glory, and their multitude, and their pomp, and he that rejoiceth, shall descend into it” (Isaiah 5:14).

Geological researchers led by Dr Azacove in their research work drilled through several miles into the earth and were shocked to hear the screams and cry of millions of condemned human souls coming up from the depth of the earth. It was the screams and cry of the death passing through the tortures of hell fire. They recorded these screams and cry with their instrument. Listen to what they said – one of the geologists, Dr Azacove said, “as a communist, I don’t believe in heaven or the bible but as a scientist I now believe in hell. Needless to say we are shock to make such a discovery. But we know what we saw and heard. And we are absolutely convinced that we drilled through the gate of hell.

They continued – the drill suddenly began to rotate wildly, indicating that we have reached a large empty pocket or cavern. The temperature sensor showed a dramatic increase in heat to 2000˚F. When we raised the drill we couldn’t believe our eyes. We lowered a microphone designed to detect the sounds of plate movements down the shaft. But instead of plate movements we heard a human screaming in pains. At first we thought it was coming from our equipment. But when we made adjustments our worst suspicion was confirmed. The scream wasn’t those of a single human, but of millions of humans”.

Hell is like a sea of fire, it is a liquid fire burning with sulphur and brimstone. It is a place where human souls go and burn forever and ever. Hell is underneath the earth, it is under your feet. “Friends think about it, if you live your life for all the pleasures of this life and at the end be cast into hell for all eternity, will it be worth it?” Millions are there now from generation to generation crying, agonizing and screaming in the liquid fire of hell. It’s a pity! Who are these crying in eternal torment? They are sinners of all ages, from the time of Adam to our days who died in their sins.

Thought for the day: The cry of damned souls is horrible. Please avoid hell.

Song for the day: Have you counted the cost, if your soul should be lost. . .