VICTORY OVER THE FLESH 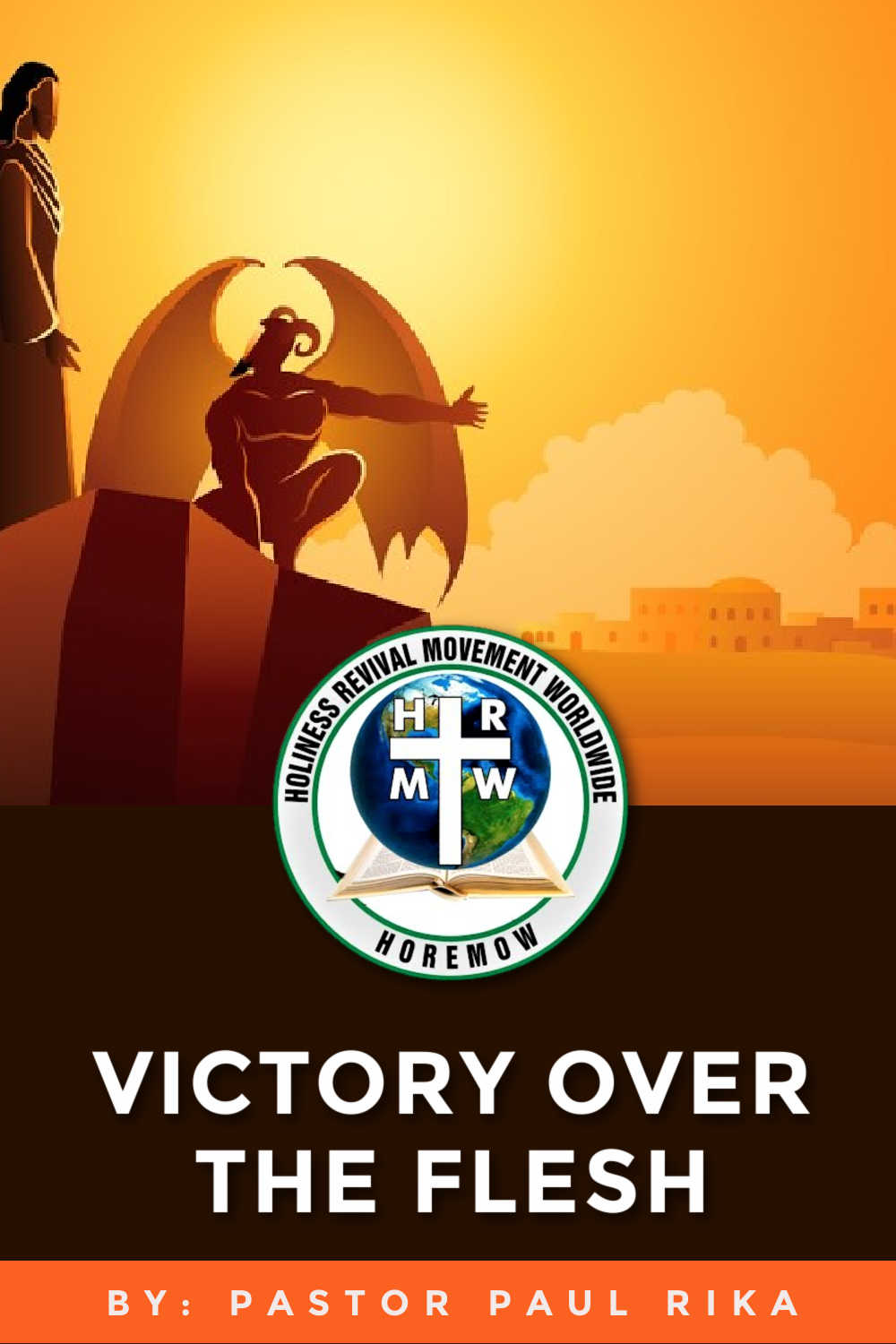 TITLE: VICTORY OVER THE FLESH

TEXT: ESTHER 2:16-19
(16) So Esther was taken unto king Ahasuerus into his house royal in the tenth month, which is the month Tebeth, in the seventh year of his reign.
(17) And the king loved Esther above all the women, and she obtained grace and favour in his sight more than all the virgins; so that he set the royal crown upon her head, and made her queen instead of Vashti.
(18) Then the king made a great feast unto all his princes and his servants, even Esther’s feast; and he made a release to the provinces, and gave gifts, according to the state of the king.
(19) And when the virgins were gathered together the second time, then Mordecai sat in the king’s gate.
​
KEY VERSE: 1 JOHN 5:4
For whatsoever is born of God overcometh the world: and this is the victory that overcometh the world, even our faith.
Queen Esther was a victorious, godly woman in the midst of her peers, who were generally unbelievers and pagans from heathen nations. Circumstances brought her into a contest with all these ladies and she won a resounding international victory to be crowned queen of the empire. May the Lord always remember you and make you victorious in all righteous endeavours. May you emerge victorious when you are examined alongside other people as was the case with Esther, and also with Daniel, Shadrach, Meshach and Abednego.

Esther was victorious over the flesh in many areas: she conquered her own flesh; she overcame the fear of King Ahasuerus, the monarch of the kingdom. She contended with the fear of death and overcame it. Circumstances brought her in a life and death struggle against Haman, the arch-enemy of the Jews and she overcame him in her wisdom. She conquered because she was a godly woman and her God was with her. The Lord shall raise many Esthers in our time because there are great battles to fight and win for Jesus.

What is worldliness? It means living and behaving like the people of the world. That is living, speaking, thinking, acting, planning and dressing like the world. Seeking beauty and running after the fashion of this world that fades away. Admiring and aspiring for the false beauty from cosmetics, jewellery and all forms of artificial beauty. Esther conquered these things. She was victorious over the temptation of carnal and fleshly beauty, even at the peak of a keenly contested beauty pageant.

THOUGHT FOR THE DAY: Without righteousness, beauty is vanity.

SONG FOR THE DAY: Holiness is the beauty of believers, Lord I want to be holy

Deliverance, Flesh, Fruits of the Spirit, The flesh, Victory