VISION OF THE BODY OF CHRIST AND THE END-TIME MINISTRIES 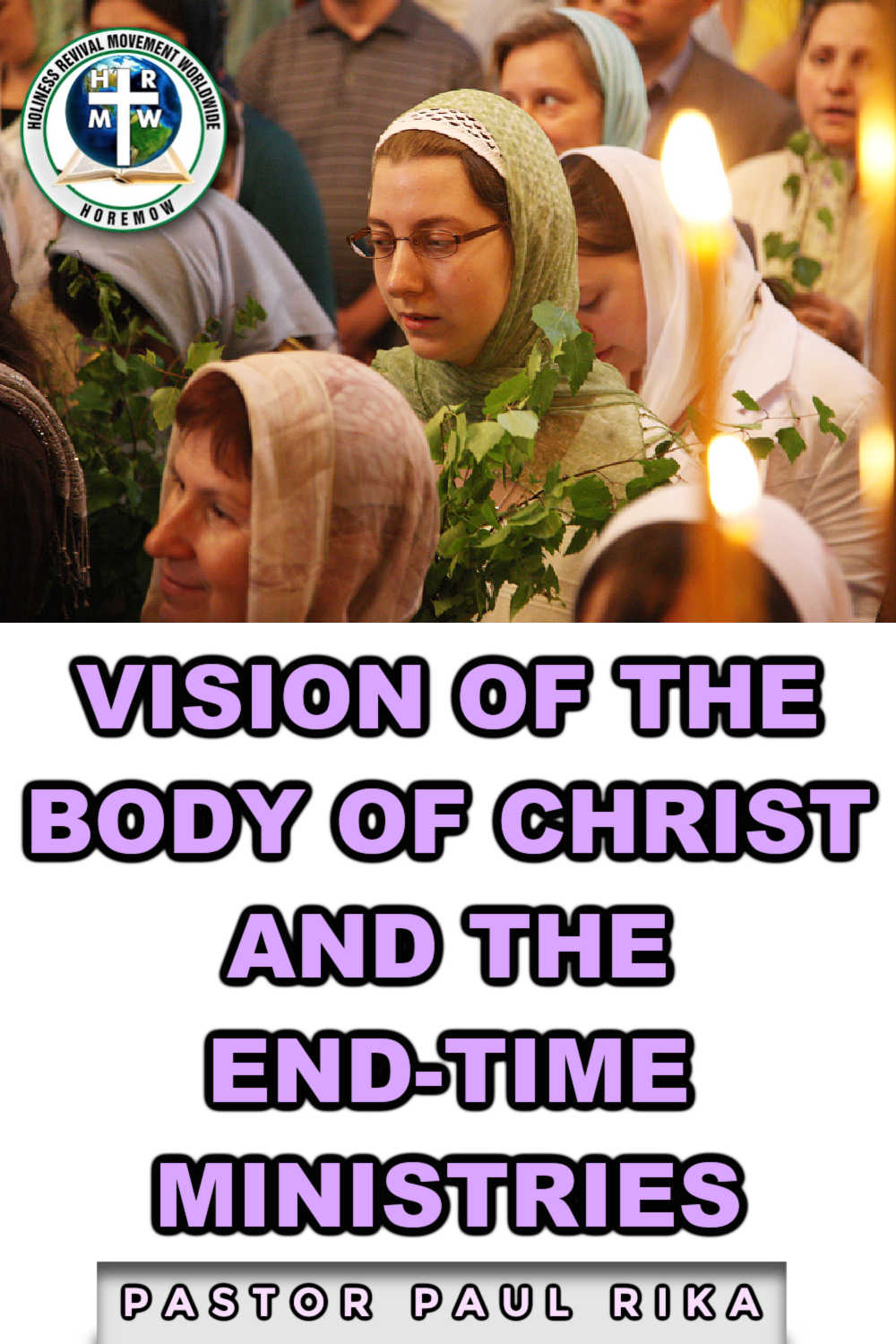 TITLE: VISION OF THE BODY OF CHRIST AND THE END-TIME MINISTRIES

(12)  For as the body is one, and hath many members, and all the members of that one body, being many, are one body: so also is Christ.
(13) For by one Spirit are we all baptized into one body, whether we be Jews or Gentiles, whether we be bond or free; and have been all made to drink into one Spirit.
(14) For the body is not one member, but many.

In the vision, I suddenly found myself in a great high distance looking down upon the earth. I beheld a great giant, whose feet seemed to reach to the North Pole and his head to the South. Its arms were stretched from sea to sea. He was struggling to live, but his body was covered with debris from head to foot. At times when this great giant would move his body, thousands of little hideous creatures would run away from this giant, and when he would become calm, they would come back. Slowly this great giant began to rise and as he did, his head and hands went into the clouds. As he rose to his feet he seemed to have cleansed himself from the debris and filth that was upon him, and he began to raise his hands into the heavens as though praising the Lord, and as he raised his hands, they went even unto the clouds.

Suddenly, every cloud became silver and from those clouds there came great drops of liquid light raining down upon this mighty giant. Slowly, slowly, this giant began to melt, began to sink itself in the very earth itself. As he melted, it became millions of people over the face of the earth. They were lifting their hands and they were praising the Lord. At that very moment, there came a great thunder that seemed to roar from the heavens. I turned my eyes toward the heavens and suddenly I saw a figure in white, in glistening white. I knew it was the Lord Jesus Christ, and He stretched forth His hand upon the nations and the people of the world.  As He pointed towards men and women, this liquid light seemed to flow from His hands into them, and a mighty anointing of God came upon them, and they went forth in the name of the Lord. It seemed it went into weeks and months. I watched these people as they were going over the face of the earth. Suddenly there was a man in Africa and in a moment he was transported by the Spirit of God, and perhaps he was in Russia, or China or America, etc.

THOUGHT FOR THE DAY: Suddenly the Lord raised Pastor Paul Rika in Africa!

SONG FOR THE DAY: We are heirs of the Father, We are joint-heirs with the Son…